Music at St Mary of the Angels

Music has always been an important part of life and worship at St. Mary’s. There is mention of a choir as far back as 1843. In 1892 a predecessor to the present organ was installed in the previous St. Mary of the Angels. It survived the 1918 fire that destroyed this earlier wooden structure and did noble service for more than sixty years. When the present St. Mary’s organ was commissioned in 1958, the (smaller) earlier instrument was moved to Christchurch where it gave many more years of service.

Our Director of Music is William McElwee

There are three sung Masses at St Mary of the Angels.

A Family Mass with Hymns, sung responsorial psalm and the Mass sung in English, led by a small informal singing group which meets 15 minutes before Mass. The organ is played by James Young.

St Mary of the Angels Choir

The choir of St Mary of the Angels, directed by William McElwee, sings every week at the 11am Mass from February until Christmas. The choir sings Gregorian chant propers for the day, choral motets ranging from Renaissance polyphony of Palestrina to modern sacred works by Tavener and James MacMillan. The choir also leads the congregation in singing a Latin psalm, the ordinary of the Mass in Latin and an Offertory hymn.

Anyone is welcome to join the choir. There is no audition and the only qualification is a strong desire to sing and a willingness to learn. The choir practises in the choir room at St Mary of the Angels every Thursday for two hours from 7:30pm. There is an extra voluntary session on Friday nights at 7:30pm, for those who would like extra vocal tuition and help with reading music.

Email the choir director, William McElwee, to enquire about becoming a member of the St Mary of the Angels Choir.

A group specialising in contemporary church music leads the singing for the congregation at the 5pm Sunday Mass. Young and old alike – all are welcome!

On the last Sunday of every month this 5pm Mass is planned so that tertiary-aged young adults have the opportunity to gather and spend some time together afterwards.

School leavers, students, and anyone who feels young and loves singing can come along and sing with like-minded people. No audition, all sorts of songs, old and new, have some fun singing (learn vocal technique, sight-reading etc with Musical Director William McElwee) then hit the town. The repertoire ranges from Bach to Leonard Cohen, Gregorian chant to Gospel, renaissance polyphony to jazz standards etc. We do concerts and join singing on Sunday mornings with the church choir a few times a year, go busking, and have fun.

The choir men singing the Alleluia for the 23rd Sunday in Ordinary Time “Domine exaudi”.
The Cantor is John Sullivan, the recording engineer is Anthony Donovan.

Two tracks from the choir’s 2014 recording, ‘Ave Maris Stella’. Altogether the disc has over 60 minutes of music for the liturgy: chant, polyphony and motets, as sung every Sunday at Mass.

Copies are available from the Parish Office for $20, or email chant4robert@gmail.com (extra for postage and packing). Profits from the sale will go to the Seismic Strengthening Fund.

Copies of the 2009 CD are available at a cost of $25 each. Please contact the office to purchase.

The organ was originally built in 1958 by George Croft and Son Limited from Auckland to the tonal design and pipe-scaling of Maxwell Fernie who also supervised, both in England and New Zealand, the voicing of the pipes and the construction of the instrument. The cost with Gallery alterations, etc., included – was just on six thousand pounds.

In 1984 the instrument was extensively rebuilt and extended by the South Island Organ Company of Timaru, once again to the specifications designed by Maxwell Fernie and under his careful supervision. All this came about in no small way thanks to the assistance of James A. Young, assistant organist / choir conductor at the time.

It is the only organ of its type in New Zealand and was at the heart of the organ revival movement in this country. It comprises three manuals and pedals with some sixty-five speaking stops and a great many coupling options that give the instrument a unique flexibility to interchange the stops or sounds available between the manuals. All pipes, with the exception of some German-made flutes and locally-made wood basses, were voiced in England under the direct supervision of Maxwell Fernie.

During the period following the 1984 rebuild the organ suffered quite serious water and some rodent damage. This particularly affected the right hand side of the instrument, the section containing parts of the Great, Positive and Pedal organ. Damage to the wind chests, some of the wooden pipes and to the electro-mechanical working of the organ affected the instrument to the extent that several ranks of pipes no longer functioned and other pipes were prone to malfunction. In addition, the original electrical system from 1958 was unreliable and needed to be replaced.

An appeal launched in December 2006 raised funds sufficient to restore the organ to its 1958 performance condition and also, to replace the original electrical circuitry with a modern computerised system. The appeal was coordinated by the Friends of St. Mary of the Angels Charitable Trust and involved the wider Wellington Community. The organ was decommissioned by the South Island Organ Company following Easter 2006. The fully restored instrument was welcomed back at a celebration on 29 April 2007.

Maxwell Fernie was born and educated in Wellington. He served in Egypt and Europe in the Second World War, after which he received advanced training at the Royal Academy of Music, London. Here he gained prizes in Organ-playing and extemporization.

He returned to NZ in 1950, to take a post as Supervisor of Music in Catholic Schools for the Archdiocese of Wellington. In 1953 he was offered the position of Organist at Westminster Cathedral in London, where he remained until 1958, when he was appointed Director of Music at St Mary of the Angels, a post he held for 40 years.

His organ playing was captured on several recordings, and remains in the memory of all who heard him as full of insight and meaning, particularly in his performance of the music of Bach. It was however his brilliant improvisations which captured the imaginations of those who were fortunate to be present when he “caught fire”. However his choir training brought something new to New Zealand – the so-called ‘continental’ sound. Our choirs all based their tone on what was imagined to be the English tradition. Max developed a much more direct and brilliant tone, reedy and bright in the sopranos, brilliant in the tenors, and forceful and vigorous in the altos and basses. His choirs had such expressiveness, and recordings, with excellent reviews, for example, in the prestigious English Magazine ‘Gramophone’ brought them a world-wide reputation.

Maxwell Fernie established St Mary of the Angels as the place to be for young musicians. The choir’s electrifying singing of chant and polyphony, and Max’s own playing of the organ, formed a generation of musicians – Anthony Jennings, Peter Walls, Denis Smalley, Geoffrey Coker, Roy Tankersley, Christopher Hainsworth, Barry Mora to name just a few. The present Director of Music at St. Mary of the Angels, Robert Oliver, was a singing pupil of Maxwell Fernie’s and sang in the choir as a student.

Gregorian Chant began to be sung in 1905, and for the opening of the new church in 1922, a choir of 70 voices sang Mass under the direction of Edward Healy. Maxwell Fernie revitalised the singing of chant, and this tradition continues a hundred years later, perhaps unique in New Zealand music.

Maxwell Fernie’s involvement in music at St Mary of the Angels continued right up until his death in 1999.

William McElwee is in demand as a choral conductor and vocal coach, praised for his ability to get outstanding vocalism from choirs and to stretch them musically. He is Director of Music at St. Mary of the Angels Church, Wellington, where he leads the St Mary of the Angels Choir and Schola Cantorum Youth Choir.

William trained as an operatic soloist at the New Zealand School of Music and New Zealand Opera School. Recent highlights of his performing repertoire are the bass solos in Haydn’s Creation, Handel's Messiah and Bach's St Matthew Passion and the title role in The Marriage of Figaro. Alongside his PGDip in Performance Voice, he holds a BSc in Mathematics and a BA in English and Latin with Honours in English Language. 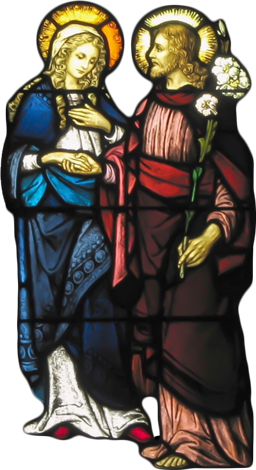